"Anyone who is able to operate their extractor hood with exhaust air should do so. Circulating air is not only louder, it also leaves more grease, smells and moisture in the kitchen", is the unmistakable conclusion of the product testers in the magazine "test" issue 3/2016. Devices of all price categories from 100 to 2,000 Euro were tested.

The cleaning performance in circulating air operation was only rated as good for one manufacturer, all other models only clean the vapours "satisfactorily" at the very best. Which means that smells and grease spread permanently throughout the home. The average scores for these disciplines are much worse with circulating air, which also affects the overall mark. Whereas all the devices in exhaust air operation achieve a class average of 2.6, in circulating air operation, the mark deteriorates to 3.2 (graph 1). For individual devices, the differences are even greater, but in some cases smaller. The abundant amounts of moisture generated during cooking are not disposed of at all by circulating air and can contribute to mould growth which is unsightly and harmful to health.

On top of this, circulating air has high running costs for the necessary filters. Circulating air costs between 10 and roughly 300 Euros per year more than exhaust air if the filters are exchanged according to manufacturer’s recommendation. In some cases, this is as often as every four months. Averaged over all devices, the price of separating grease and smells is almost 100 Euros per year, with exhaust air it costs 0 Euros (Graph 2). Not to forget: the maximum air flow, an important performance feature, is clearly lower in circulating air operation, sometimes more than 40 percent less (graph 3).

Naber gets more out of the hood

"The independent testing by the "test" editors impressively confirms our own measurements", says Alfred Bruns, who is responsible for the product development at Naber. So that the advantageous exhaust air operation is powerful, efficient and quiet, the kitchen technology specialist from Nordhorn has a comprehensive range of specially developed products on offer. The patented air duct systems COMPAIR® flow with its integrated guide vanes and COMPAIR® bion with its special design of the deflectors optimise the airflow in such a way that significantly less pressure losses and stalling occur. The result: at lower output of the hood and at low power levels, significantly more air volume is transported much more quietly than by standard ducts. That is more gentle on your nerves thanks to the lower operating noise and on your pocket thanks to lower average electricity costs. But also for very powerful hoods, above all COMPAIR® bion ducts with their design inspired by the natural flow of rivers, are the ideal partner, as high volume flows are also optimally conveyed around the corners.

The "hole in the wall" argument doesn't convince

Especially when it comes to equipping the current efficiency houses, the exhaust air guidance of the vapours is often rejected because this supposedly interferes with the insulated and airtight building envelope. The COMPAIR® THERMOBOX by Naber invalidates this argument. With the wall conduct system, which has won numerous design prizes, the mechanical shutter is opened automatically by the pressure of the air blown out and closes again reliably when the hood is switched off. With the three consecutive slats, the THERMOBOX, which can be retrofitted in Naber wall conducts with a diameter of 125 mm and a diameter of 150 mm, has up to 20 times less heat loss compared to standard wall conducts. In addition, it is BlowerDoor tested, i.e., when closed there are no leaks which lead to an additional, uncontrolled exchange of air in the building. And thanks to the magnetic closure mechanism, the tightness of the building envelope is even ensured under high wind pressure, and no rattling noises can be heard.

Given the poor cleaning results established by Stiftung Warentest in circulating air operation, the overall assessment should include the fact that the smells, greasy vapours and above all moisture that remain in the living area still have to be otherwise removed. More frequent cross-ventilation via the windows or higher air exchange rates in the ventilation system are the result. This is, of course, accompanied by a higher consumption of heating energy, as the exchanged air has to be reheated. The energy balance between circulating air and exhaust air is generally balanced. Overall, planners and consultants in the specialist kitchen trade thus optimally meet their customers' requirements with exhaust air hoods, air ducts and wall conducts from Naber.

We expressly point out that, based on the image rights transferred to us, the use of the following images is only permitted for the advertising of products obtained from Naber or for use in editorial reporting on Naber. In particular, passing on images/illustrations/graphics to third parties and/or their use for other purposes is prohibited! 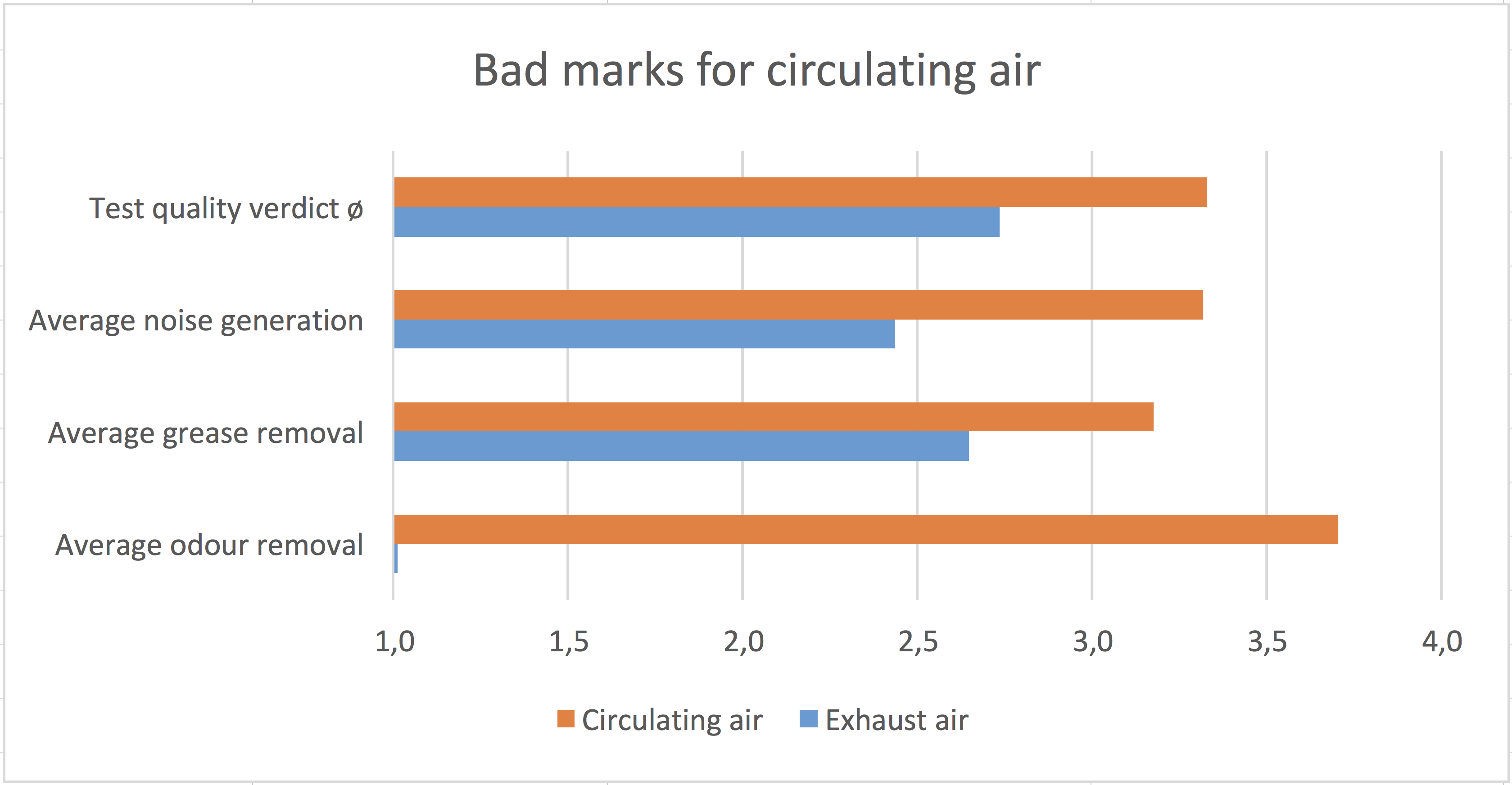 The experts of Stiftung Warentest examined 21 devices (including four of identical design) both in exhaust air and in circulating air operation. The results speak for themselves: in circulating air operation, significantly more grease, odours and all the moisture remain in the house than when these are transported to the outside, at the same time with higher noise pollution. 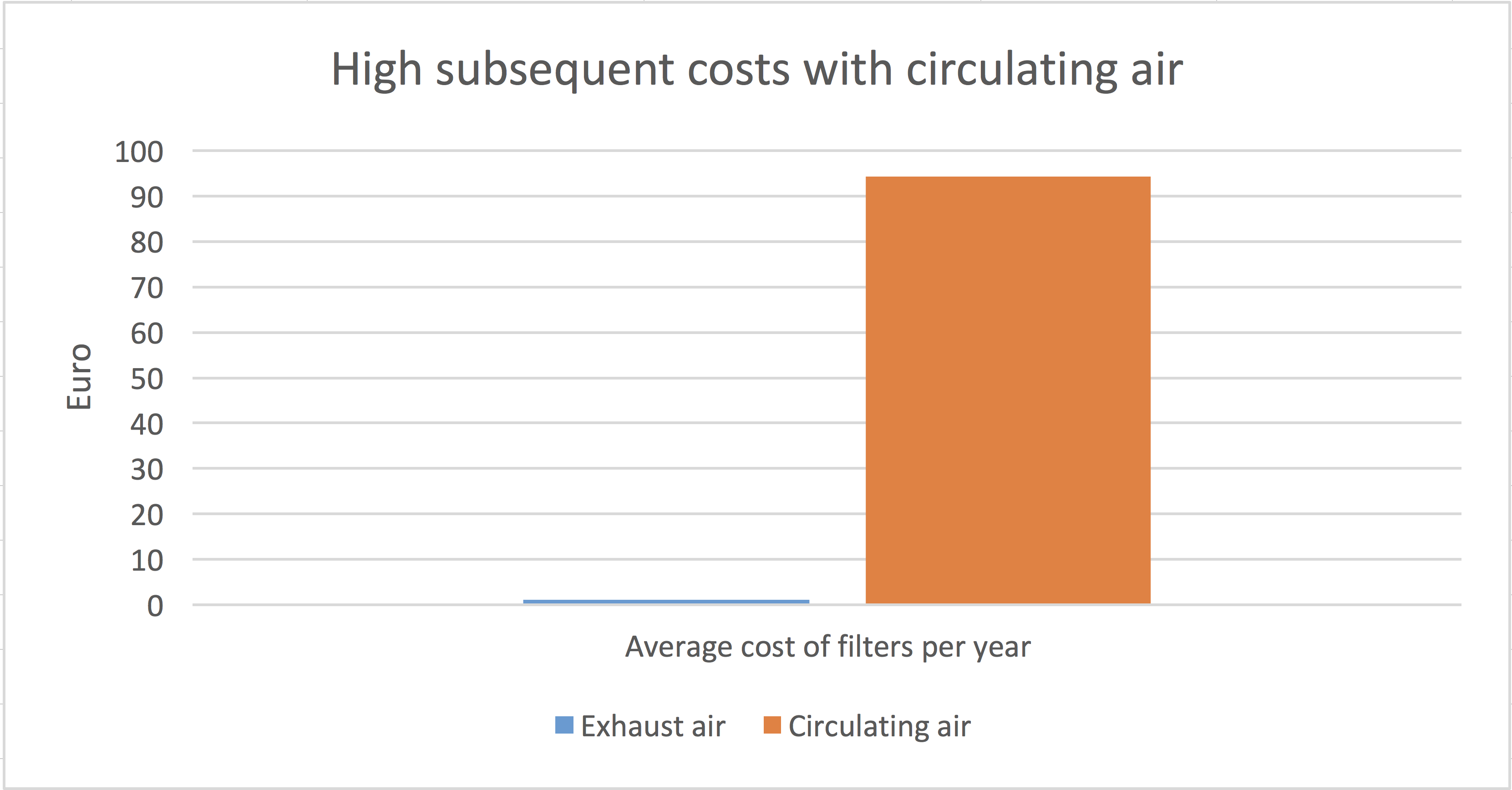 On average, according to Stiftung Warentest, circulating air operation costs the customers 94 Euros more per year than an extractor hood in exhaust air operation. Here the range extends from 10 to almost 300 Euros per year. Especially hoods from brand manufacturers are equipped with better but high-priced filters. 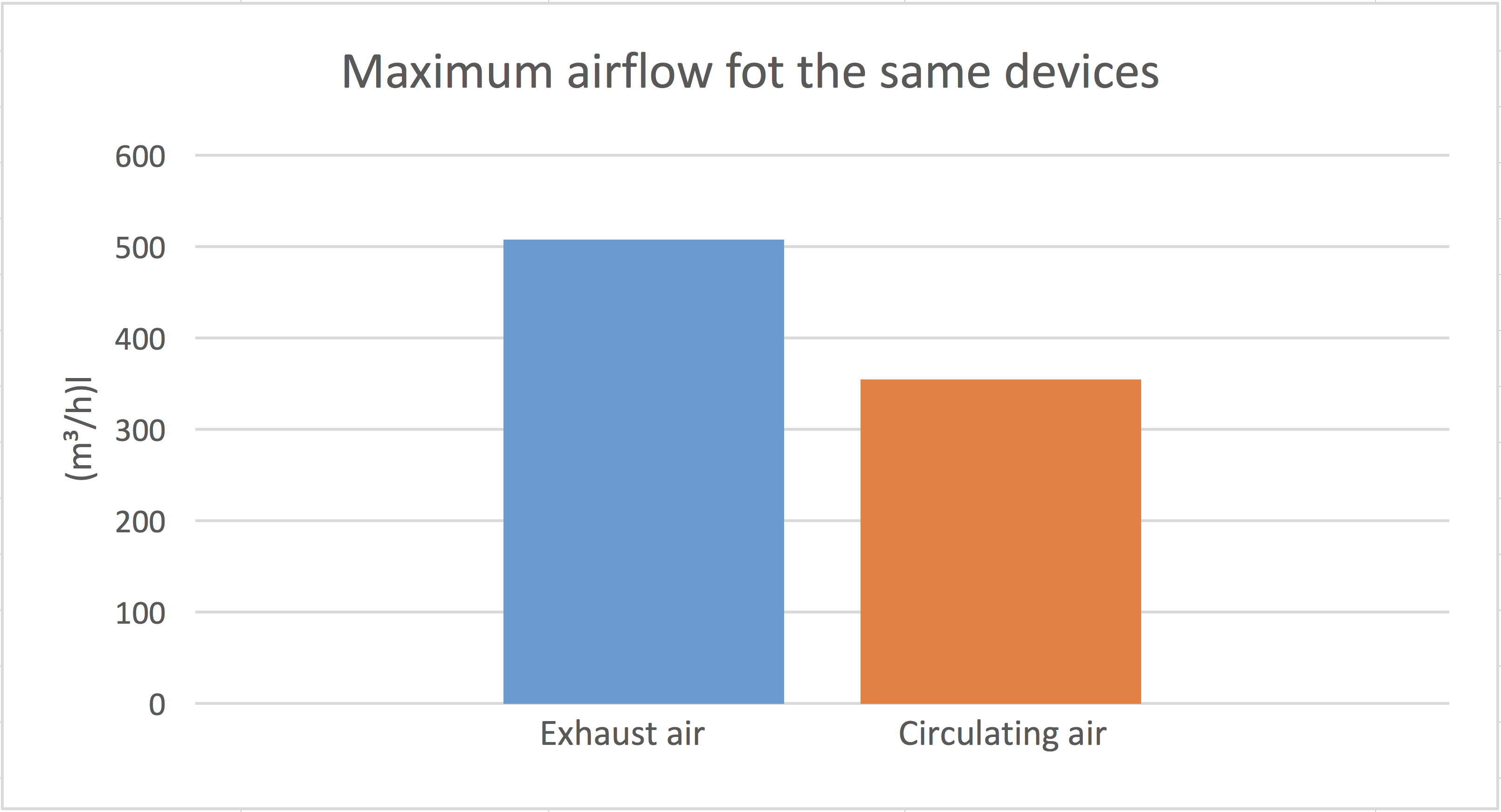 In circulating air operation, an extractor hood conveys up to 40 percent less air. The vapour extraction is correspondingly impaired. The difference in performance is, incidentally, independent of device class and price. 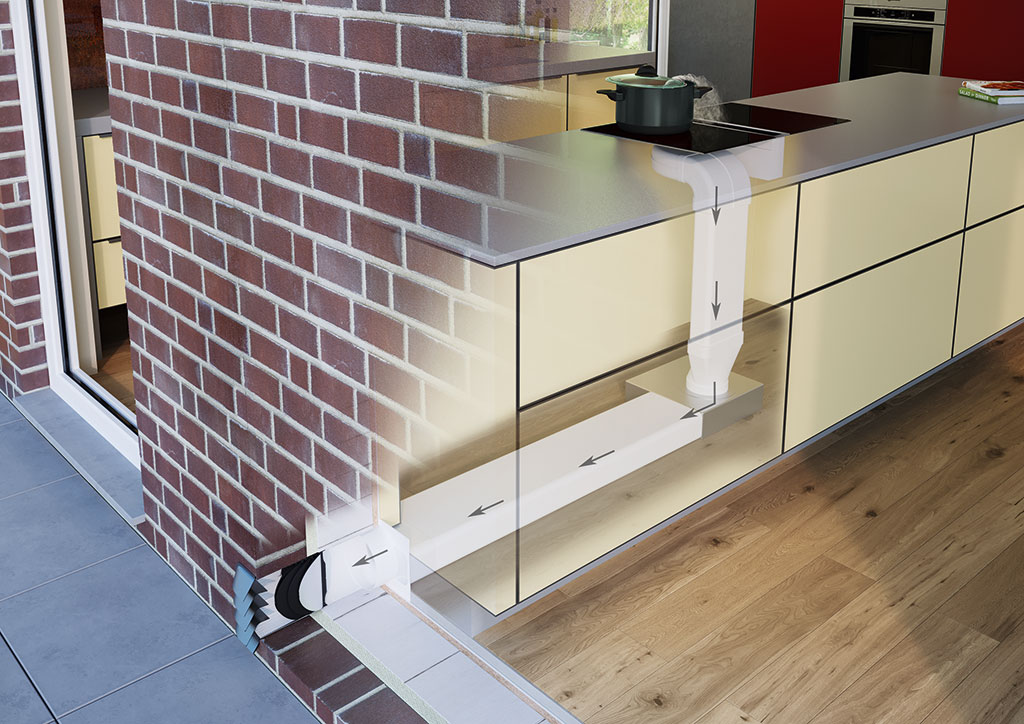 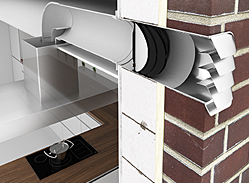 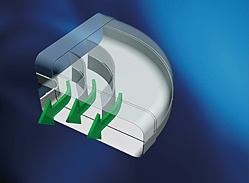